A Co Cork psychotherapist warns that stress is an important factor in the accident fatality rate in agriculture, which is far higher than for any other economic sector. 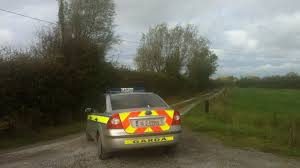 Tom Evans runs the TeamCare organisation in Midleton, and he points out that farming is vulnerable to external forces unlike other industries, and is frequently in crisis.

“The general public are well aware that farming can be a stressful occupation. We’ll regularly hear in our national media about the ‘latest crisis’ to hit the sector. The public understand that this isn’t just because farmers are an effective lobby group and are adept at grabbing the headlines.”

“Most farmers are self-employed, meaning there’s always a level of economic insecurity. This feeds into their reluctance to spend money on safety maintenance when a “botched” work-around might do the job.”

“Another factor that sets them apart is their dependence on favourable weather conditions to achieve their targets. And because Irish weather is unpredictable, farming activity patterns will vary accordingly, with intensely busy bursts during good weather periods. Farmers generally have one eye on the clock and another on the sky, leaving them prone to sustained levels of heightened stress.”

“Most farm accidents happen during harvest season when farmers and contractors generally work long hours. It is a time when machinery density is high on the farm, and also the time when children are most likely to be about. When we add to this the variability in our weather and the urgency of harvesting, then we’ve a heady mix of stress and accident potential.” 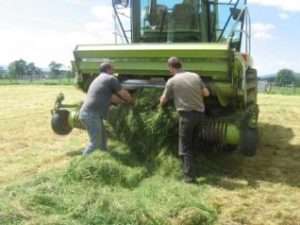 Tom Evans says stress can also come from farmers predominantly working alone, which poses a risk to their mental health. “Rural communities and villages are no longer the busy social hubs they once were. Creameries, post offices, Garda stations, pubs, shops and, even churches have closed. Nowadays, farmers regularly work an entire day without meeting another person.”

“Isolation can become a serious problem and will lead to loneliness. This may lead to depression and can impact negatively on self-esteem.”

“It is now shown that isolation impacts the body at a cellular level. It leads to fight-or-flight stress signalling, which disturbs the production of white blood cells which are vital for a healthy immune system. In this way, isolation lowers the immune system.”

“Sustained chronic isolation can lead to a reclusive existence described as social isolation. This is how farmer can become trapped in isolation.”

“The condition prompts an unconscious response that causes one to go into self-preservation mode when alone. Even though we might be motivated to connect with other people, we will feel hyper-vigilant for social threats. We are then more likely to have negative interactions with other people, thus reinforcing the isolation.” 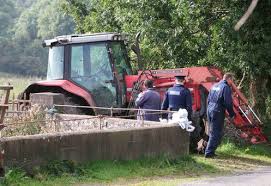 The TeamCare psychotherapist, who is from a farming background himself, warns that some studies show that social isolation can push blood pressure into the danger zone for heart attacks and strokes.

For the psychotherapist, addressing psychosocial hazards like stress in the workplace can be difficult. There is still a stigma associated with mental health issues. Attitudes to self-care vary hugely among farmers, particularly men.

“Raising awareness and education around the issue is vital”, says Tom. “Just like other occupations, getting involved in peer discussion groups and meeting like-minded people with a different outlook is therapeutic at many levels.”

“Social media is not for everybody but apps such as Facebook offer a life-line to many people today.”

He says organisations like Macra na Feirme and the IFA are doing good work in this regard.

He spoke recently at a mental health awareness meeting organised by Mitchelstown Macra, and found it was both impressive and powerful, when close to 300 people from the farming community met in the local mart premises to talk about mental health awareness. “That is a positive, significant and therapeutic development,” says Tom.

He says health and safety programmes in the agriculture sector will need to address farmer isolation and stress management, as well as farmer’s attitude to self-care. “This change in attitude has been achieved in other industries to a great extent, for example in construction”.

“Farmers owe it to themselves and to their families to treat stress management and isolation with the same urgency as physical health issues.” 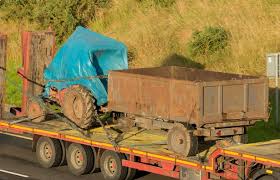 Tom Evans says the modern farmyard is an industrial factory zone and like other industries, has high risk areas and equipment where expertise and safety awareness is needed.

A risk assessment of the average farmyard shows how the potential dangers have grown in scope. In addition to tractors and an array of sophisticated attachments, modern farmyards have harvesters, loaders, quad’s, diggers, trucks, animals, slurry tanks, chainsaws, hazardous chemicals, with different purpose buildings and activities – all with their attendant risks.

Farm animals have become more dangerous because of larger herds, with less interaction with humans due to part-time farming.

Farmers generally take very little time off because they have to pay for farm relief services if they do decide to take a break. An evening off to have a beer while someone else milks the cows can easily cost the farmer up to €50 a pint! A holiday away from the farm has to be built into the business costs.

While many farmers will acknowledge the risks inherent in their trade, sadly the research indicates that, in general, farmers’ attitudes to safety only change after serious injury occurs (Health and  Safety Authority). Their statistics show that people are eight times more likely to die working on a farm than in the general working population. That’s a big worry and a huge challenge for everybody interested in lowering farm accident rates.

The level of farm accidents is not decreasing, with similar accidents occurring each year. The age profile of those killed is also of serious concern, with the old and the young being exceptionally vulnerable to death and injury on Irish farms.

The HSA are concerned that some farmers are failing to ensure that farm safety equipment is well maintained and safe for use.

HSA Chief executive Martin O’Halloran says: “Many tractor and machinery related deaths are as the result of crushing injuries. However, looking past these tragic events we often see issues such as poor maintenance, low levels of training, risk taking and unguarded moving parts as being the real causes,” he said.

“In my work as a therapist, I’ll regularly encounter the grief, stress and trauma of the family, colleagues and friends, of those injured or deceased, after a serious accident has occurred.

“I run an organisation called TeamCare, providing stress management solutions to the workplace. We also provide Critical Incident Stress Management (CISM) to groups and organisations impacted by a serious accident, death, suicide, redundancy or other such critical incident.”

He poses the question, “Why is safety consciousness slow to seep into the farmer psyche? Farming certainly is an industry that is noted for carelessness and recklessness. But how can the safety culture on farms be so different to that of other industries?”

Along with perceived carelessness and recklessness, stress is an important factor, concludes Tom. 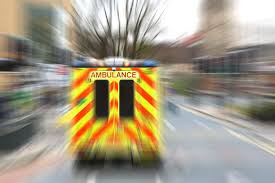 The Importance of Children’s Anger

We use cookies on our website to give you the most relevant experience by remembering your preferences and repeat visits. By clicking “Accept All”, you consent to the use of ALL the cookies. However, you may visit "Cookie Settings" to provide a controlled consent.
Cookie SettingsAccept All
Manage consent

This website uses cookies to improve your experience while you navigate through the website. Out of these, the cookies that are categorized as necessary are stored on your browser as they are essential for the working of basic functionalities of the website. We also use third-party cookies that help us analyze and understand how you use this website. These cookies will be stored in your browser only with your consent. You also have the option to opt-out of these cookies. But opting out of some of these cookies may affect your browsing experience.
Necessary Always Enabled
Necessary cookies are absolutely essential for the website to function properly. These cookies ensure basic functionalities and security features of the website, anonymously.
Functional
Functional cookies help to perform certain functionalities like sharing the content of the website on social media platforms, collect feedbacks, and other third-party features.
Performance
Performance cookies are used to understand and analyze the key performance indexes of the website which helps in delivering a better user experience for the visitors.
Analytics
Analytical cookies are used to understand how visitors interact with the website. These cookies help provide information on metrics the number of visitors, bounce rate, traffic source, etc.
Advertisement
Advertisement cookies are used to provide visitors with relevant ads and marketing campaigns. These cookies track visitors across websites and collect information to provide customized ads.
Others
Other uncategorized cookies are those that are being analyzed and have not been classified into a category as yet.
SAVE & ACCEPT