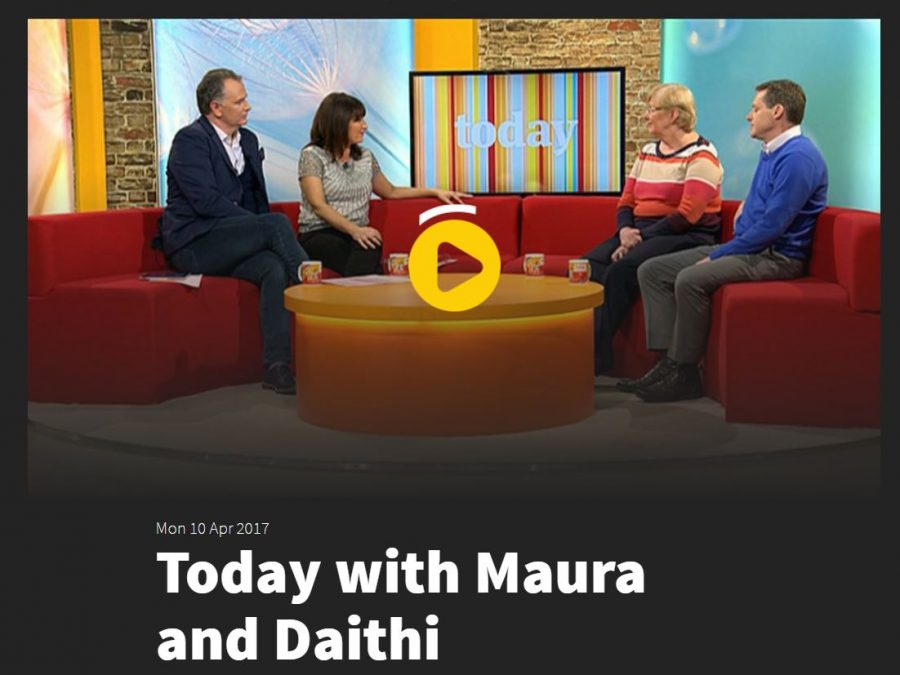 In Discussed on the Today Show, Mental Health, Therapy

As discussed on the RTE TODAY show with Maura Derrane and Daithí Ó Sé.

There are still issues in Irish society that are taboo – that we do not like to talk about, that we’d prefer to not admit are happening. Domestic violence is one such issue. It takes many forms; physical, emotional, mental, sexual, financial, elder, social, child, online. It’s predominantly perpetrated by men against women, but is also experienced against men. It is not gender specific and is not confined to heterosexual relationships. People of every age experience domestic abuse – from children to the elderly.

World Health Organisation stats;
• Globally, 40% of murders of women are perpetrated by their intimate partner.
• 35% women worldwide have experienced either physical and/or sexual intimate partner violence or non-partner sexual violence in their lifetime.
• 30% of women have experienced physical and/or sexual violence by their intimate partner.
• Violence can negatively affect women’s physical, mental, sexual and reproductive health, and may increase vulnerability to HIV.
• Factors associated with increased risk of perpetration of violence include low education, child maltreatment or exposure to violence in the family, harmful use of alcohol, attitudes accepting of violence and gender inequality.
• Factors associated with increased risk of experiencing intimate partner and sexual violence include low education, exposure to violence between parents, abuse during childhood, attitudes accepting violence and gender inequality.

• Garda stats are considered unreliable. PSNI’s are 5 times greater and there’s nothing that suggests higher reporting levels in NI to the ROI.
• Safe Ireland say 33% of women in Ireland have experienced psychological, emotional or sexual abuse.
• AMEN’s (support organisation for men) overall activity between calls, one-to-ones etc are 5000-6000 men, taking 4000 calls per year, with 1000-1500 brand new user of the service every year.
• ERSI / National Crime Council study (2005) found that 6% of men had experience severely abusive behaviour of a physical, sexual or emotional nature.
• Otherwise, there are no official Irish statistics available on domestic abuse against men.
• Useful stats are emerging from the PSNI; Of the 10,204 domestic abuse crimes concerning someone with a known age and gender (2012), 25% (2,525) were men.
• Men’s Aid NI chairman Peter Morris (right) said it was time to dispel the perception that in cases of domestic violence that men are the aggressors and women the victims.
• This suggests violence against men in ROI is much more common than current figures suggest (as there’s nothing to suggest NI experience differs from ROI).

From the therapy room,
• A person who is being abused is right to leave that relationship.
• Adults are wholly responsible for our own behaviour. Similarly, we are totally responsible for finding healing and peace for ourselves. Nobody else can meet that unmet need of ours.
• As men are the majority of abusers, we collectively have a responsibility to sort our stuff and not be abusive. It is unacceptable, is criminal and it models dysfunctional behaviour for our children.
• Domestic abuse is sometimes likened to a 4 or 5 year old throwing a tantrum – but unleashing the potential violence and brutality of the fully grown adult.
• In therapy-speak, that inner 4-5 year old who most likely was abused or abandoned themselves in childhood, is still holding the trauma – albeit in the adult body. This is now being triggered in their adult relationship – by the merest sign of their partner withdrawing or becoming emotionally unavailable.
• We’ll bring un-healed trauma forward into our adult lives and relationships. Every adult has a responsibility to deal with their own legacy traumas, and not perpetrate violence on their partner – as punishment for their mistreatment as children – from a time long before they ever knew that partner.
• Both people have a responsibility to seek help to heal their own self-esteem deficit.

• The systematic psychological manipulation and undermining of the targets perception of reality – until they feel they are going insane.
• Disputing their experience, denying their reality, creating a fake reality of alternative facts.
• We have an example on the world political stage – many of Donald Trump’s denials are considered by psychologist pundits to be a version of Gaslighting.
• So called after 1930’s play and 1940’s movie starring Ingrid Bergman called “GasLighting”.

• Some reasons hold for men and women, but others are specifically a male experience.
• Fear of retaliation.
• Shame and embarrassment.
• Fear of losing contact with children.
• Fear of becoming homeless. Some (men especially) end up sleeping in their car, or in their workplace because they are too ashamed and embarrassed to seek assistance from family or friends.
• Men often do not realise that it is domestic abuse they are suffering, because as a society is it not seen as ‘the norm’. There are a number of societal expectations of a man and to be a victim of domestic abuse does not fit with those beliefs.

Returning to the workplace after a lengthy absence