A Dot of Grief in Time

In Discussed on the Today Show, Mental Health, Parenting, Therapy

My little five and a half year old boy had his first brush with the grim reaper today. His favourite hen, Dotty, popped her clogs. He asked about her health problem and how she had seemingly recovered over the past few days, even laying eggs again. But she nose-dived yesterday evening and, by morning, had become a “past-tense-hen”, as the late Gerry Ryan might say. 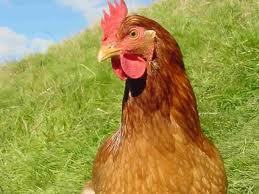 But my boy didn’t seem too pushed and already spoke about replacing her. Tonight, in his own wisdom, for bedtime reading, he selected “The Day the Sea Went out and Never Came Back”. It’s one of a number of books by Margot Sunderland that we have on our kids’ bookshelf – written with the purpose of helping children with feelings. This one helps with grief and loss.

We read it, tucked in and kissed goodnight as normal, not saying anymore. Ten minutes later, he arrived downstairs in tears. Not immediately saying what it was but he was in floods with his feelings pouring out. Good for him. We talked about Dotty. He cried – a lot. He wants a new chicken for his next birthday, which is due soon. We comforted him as he got drowsy. I knew his grief had passed when he asked “will I still get that ship for my birthday as well?”

As I lay there cuddling my boy, I felt a wave of grief come over me. Mine was not for Dotty the hen, and just some for my little boy’s loss. My grief was that of my own inner boy, aged 5 and a half also, who had lost his older brother in a tragic accident on a tree swing where we played, 40 something years ago. Now, my 5 and a half year old son’s grief had triggered mine.

My grief was a delayed complicated grief, finally embraced in therapy, more than 2 decades after the event. It’s one of the main reasons I work as a counsellor today. Therapy was unheard of in rural Kerry in the 1970’s. Thankfully that is not the case today. A myriad of emotional and psychological supports exist, for children and adults, in every corner of this country.
But we still don’t access these services readily. Our reluctance to talk about our emotional and psychological health is a big factor in our suicide rates.  There’s an onus on us adults to make a space for others and our kids to talk about the difficult and painful stuff when needed. This is part of our human experience and deserves to be normalised and discussed more openly. Doing so creates a positive healthy ripple effect – for our kids and people generally.

A community in shock