A community in shock

A young man of 19 was killed tragically in a car crash in our community over the weekend. He died in an instant at the scene. His injured friend survived the accident thankfully. We know his family, from meeting at child-minders, at the school gates and in the neighbourhood. 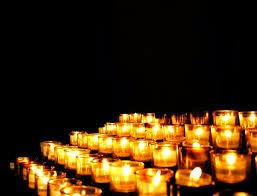 Robbie lived a full life, achieving success in each of his endeavours. He worked part-time in our local pub, while attending college. He always had a smile, always pleasant. His sporting interests ranged from angling to GAA, boxing to Rugby. He achieved academically, in his personal life, his world travelling experience, in his workplace.

The entire community stopped in horror when news of the accident broke. Over the weekend, events halted, classes cancelled, meetings postponed, the local pub and businesses closed. People gathered and queued for hours at the family home, to meet the family and express their sympathies – till midnight on one of the nights. Neighbours, friends and extended family held vigil and catered, around the clock. People respectfully huddled in groups, some sobbing, some smiling and laughing as they swopped their memories of Robbie. The local coast-guard lads provided traffic management over the few days. Yesterday, the local schools closed early – in sympathy and for his funeral to take place, the school-yard and field nearby used for car-parking, the church ceremony broadcast to the huge crowd outside.
Everybody took their own poignant moments from the ceremony – whether visual or verbal. I could not get inside the church as so many people attended – such was the outpouring of grief in our community and in other communities who were touched by Robbie. So the poignant moments for me were auditory ones – words said by Robbie’s mum and dad, his sisters, girlfriend, friends and the priests. His girlfriend spoke about the life plans they’d made. His sisters read beautiful moving personal pieces to him.
His mum and dad addressed the crowd, with such strength, unity, honesty and powerful emotion. She describing how, when she hugged him the day before he died, saying to him “you’re a big handsome man Robbie”, that he never flinched or got embarrassed – because she told him this every day of his life. His dad described his pride when his son was selected for the Munster Rugby panel and donned the red jersey for the first time. How they’d hug after a row over something small, -like him not cleaning up as he went, how Robbie might tell him he loved him. His dad philosophically surmised “He couldn’t possibly have achieved so much in his life and clean up after himself as well”. Then he movingly signed off with “I love you too Robbie”. 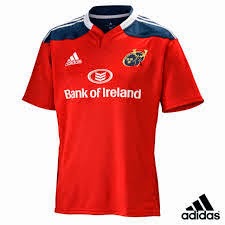 In the past I’ve had my reservations about Irish funerals. On top of one’s grief, the funeral can be physically and emotionally demanding for the family. They can be huge, intensely public, potentially intrusive. Yesterday I understood. As well as the community joining in unity to support the bereaved family, the community needs to grieve also. We’ve had this discussion in our house as my wife moved to Ireland from the UK, where funerals are generally small and private occasions. Amy has been culture-shocked by the enormity of this experience. Such a public out-pouring of grief is in marked contrast to her cultural upbringing. Excuse the sweeping generalisation, but we’ve nowhere like the same reluctance to show our emotions in public, as our UK neighbours might.
Another factor is the point made by a local armchair-historian friend of mine yesterday. His incisive analysis is probably right. “See, we didn’t have the Industrial Revolution like they did in the UK, and our communities are still largely intact, unlike theirs”. Irish communities, outside of the few bigger urban centres, still, to a large degree, know each other and have grown up together in the same general vicinity. Unless we’ve emigrated, the country is small enough that our community and our sense of community still remain intact even if we relocate to different parts of the island, or, having grown up with that strong sense of community, we take it with us when we move. And we generally welcome so-called “blow-in’s” (like myself!) openly. The unspoken invitation is always there for the new-comer – to immerse oneself in the community.
Yesterday, the unconscious force that is community was seen at its best. Robbie’s family and community provided the supportive space for him to grow and develop and succeed in the awesome way that he did. A larger-than-life person, who packed more into his short life than most do in a much longer lifetime. As his mum said to the congregation, “you had him when he was out – and he always came home to me”. Over the past few days, this community has grieved in public – a healthy sign of strength in any community, and a healthy example for our younger generation. When he addressed Robbie’s friends directly, the priest said, “don’t just grieve on Facebook, but grieve Face to Face, side by side”. As one of the community, I’m honoured that Robbie’s family let us in, and they shared their grief with us.  We could take part, show our support to the family in their grief, and express our own personal grief also.
As a parent, I’m deeply moved – seeing parents grieve the loss of their boy. It’s distressing, painful and deeply sad. When I returned from the funeral yesterday evening, I hugged my kids very tightly throughout the evening. During the night, I awoke at 1.30am, to one of their cries. As I climbed back into bed, I heard singing in the distance, so I opened a window to check it out. Robbie’s friends were celebrating their friend’s life, by singing in the pub down the road – where he worked and where they held his post-funeral wake last-night. I listened for a while – thinking “good for them to be together, to celebrate and mourn their friend in this way”. Loud and strong, they sang a ballad that I didn’t recognise, changing the final 2 lines to :
“Robbie from Whitegate, can you hear us now?
Robbie from Whitegate, can you hear us now?”
In the moonlit darkness, their voices travelled over the still waters of Cork harbour, and subsided into silence at the end of that song. Robbie, Rest in Peace. 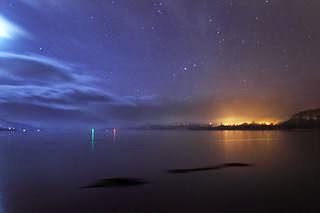 A Dot of Grief in Time

We use cookies on our website to give you the most relevant experience by remembering your preferences and repeat visits. By clicking “Accept All”, you consent to the use of ALL the cookies. However, you may visit "Cookie Settings" to provide a controlled consent.
Cookie SettingsAccept All
Manage consent

This website uses cookies to improve your experience while you navigate through the website. Out of these, the cookies that are categorized as necessary are stored on your browser as they are essential for the working of basic functionalities of the website. We also use third-party cookies that help us analyze and understand how you use this website. These cookies will be stored in your browser only with your consent. You also have the option to opt-out of these cookies. But opting out of some of these cookies may affect your browsing experience.
Necessary Always Enabled
Necessary cookies are absolutely essential for the website to function properly. These cookies ensure basic functionalities and security features of the website, anonymously.
Functional
Functional cookies help to perform certain functionalities like sharing the content of the website on social media platforms, collect feedbacks, and other third-party features.
Performance
Performance cookies are used to understand and analyze the key performance indexes of the website which helps in delivering a better user experience for the visitors.
Analytics
Analytical cookies are used to understand how visitors interact with the website. These cookies help provide information on metrics the number of visitors, bounce rate, traffic source, etc.
Advertisement
Advertisement cookies are used to provide visitors with relevant ads and marketing campaigns. These cookies track visitors across websites and collect information to provide customized ads.
Others
Other uncategorized cookies are those that are being analyzed and have not been classified into a category as yet.
SAVE & ACCEPT